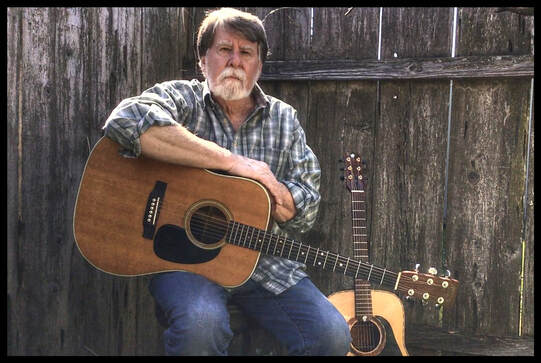 More of the Story
Born in Ventura County, in Southern California and now at home in Southern Oregon, Phil enjoys playing solo at many of the Wineries  and Restaurants, in and out of the area, in addition to Special Events  and  Private Parties. Phil grew up singing along to recordings of his favorite artists of the day from a variety of genres.  As a pre-teen, he received  an entry level acoustic guitar from his parents  and learned to accompany his vocals while playing rhythm.  This is also when he began writing his own songs.
In his early twenties, Phil began to frequent popular local night clubs that featured live music.  One club in particular, the Ban Dar in Ventura, held a talent competition every Thursday night, which was basically open mic with prizes based on vote by audience applause. Phil would sing and often win.  In a short time, his vocal abilities and camaraderie with the house band earned him invitations to sit in  whenever he dropped by. Being opportunistic, Phil continued to drop by on a regular basis.
The Ban Dar was owned, by then, popular Capitol Recording artists Johnny and Joanie Mosby (“Just Before Dawn”), who hosted name acts of the day, including: Glen Campbell, Merle Haggard, Waylon Jennings and Ray Price to name a few.  A personal highlight during this time, was the night that one of Phil's favorite artists and a stylistic influence, Marty Robbins was performing a live show there, with his band and Phil sang three songs with the house band during intermission.
Along the way, Phil was encouraged to take up either lead guitar or electric bass in order to become marketable as a singer/instrumentalist in working bands.  He took the advice, becoming  accomplished and in demand for both his vocals and tasteful skills on electric bass.
Eventually, while paying his dues (both figuratively and Union), Phil would return to the Ban Dar  as bandleader and front man, playing bass and singing a demanding six nights a week plus rehearsals for about a year.  The band would also provide backing for various recording artists who made personal appearances there, lacking a touring band.
Through the years , Phil has organized or been recruited, into many  bands, playing  both close to home & on the road, performing  a variety of musical styles, including oldies, rock, blues, folk, western swing, country and pop ballads.
It should be mentioned, that with the exception of a four year period, early on, Phil divided his time between working a 'real' full-time  job, raising a family and playing music, part time.
Phil was also frequently involved in “pick-up” bands, meaning that, Phil  and  two or three fellow musician friends would get together on short notice to play a gig that one or the other had contracted without actually having a band.  Typically, there would be no rehearsal prior to showing up to play so the repertoire consisted mostly of tunes familiar to everyone in the group, or at least easy to follow (sheet music was not part of the equation).  This was also true in the case of filling in, from time to time, for ill or otherwise absent players from other working bands. Phil also became an adequate enough drummer to play gigs in that capacity from time to time.
During this time, Friday and Saturday "After Hours" jam sessions were popular among local working musicians and bands. They were typically hosted by the house band at a given club after the 2:00 AM cutoff for alcohol sales and would last until 6:00 am or later.  Phil was often involved as either host or guest at these sessions. Sleep, what was that?
Phil's vocals  complement the lyrics and spirit of every song he sings from a repertoire that offers a variety of styles, moods and tempos.  Phil loves to sing and it's the sincerity and quality of his  vocals that garners pleased and positive reactions from listeners wherever he plays.
Phil's current CD, "JUST ME", comprised of all self-penned material, is the product of a solo recording project on which he performed all the vocals as well as the many instrumental parts (real and virtual)  entirely by himself.  This, thanks to the “magic” of multi-track recording , perseverance,  lots and lots of “takes” and hours of editing.  A follow-up CD of additional original material is currently under way.